So today there was another secret delivery. Line 1468 (RC008) VQ-BSK for a former Qatari Emir flew off to Vancouver, and then to an undisclosed location for VIP treatment. This was the 30th delivery of the year.

This article mentions a Boeing spokesperson saying that they've delivered 31 for the year. 12 8Is and 19 8Fs. So this means either 1420, 1422, or 1463 have contractually delivered and are waiting to fly away, because I'm only showing 18 delivered 8Fs on my chart. It's probably 1422 for Nippon Cargo.

A tie is great, pop the champagne!... but I'm still hopeful they deliver one more before the end of the year. I'm really jealous of all the 787s and 777s flying off.

As it turns out, the speculation about line 1435 in my previous post was correct. The frame will be used to certify the improvements being made to the 747-8. But sadly, Lufthansa has cancelled an order, specifically the one for this frame, lowering their total order to 19 with 15 left to deliver. After all the testing, they think poor line 1435 will be too 'odd' to include in their fleet. I'm sure she'll will find a new home, possibly as a BBJ, but it might take a while. The good news is that Lufthansa is saying they very well might order additional 747-8Is when the changes have been certified. I like Lufthansa.
Posted by TurtleLuv at 12:17 AM 4 comments: 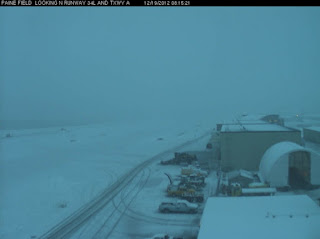 There's an article about jumbo jet backlogs on Aviation Week here, and I direct you to page three. 747-8 Chief Project Engineer (and Iron Maiden lead singer) Bruce Dickinson reveals that they've reached 5,000 pounds in weight reduction and are "on our way to a 10,000-lb. weight reduction". This, along with the 1.6%+ engine fuel burn improvement, 4% increased thrust, flight computer improvements, and reactivation of the tail fuel tank, should boost customer interest in the jet.

There are some interesting comments from Lufthansa in the article about what benefits the tail fuel tank offers besides increased range. I'm starting to think line 1435, D-ABYE, is being modified to enable the tank and will probably be used to test it along with other upgrades. It'd then make sense why this frame has been under refurbishment for so long and might not deliver until as late as 2015. Boeing is planning a test program in 2013 for all of these major improvements, and it'd make sense to me to use already existing frames like D-ABYE and maybe some of the rejected Atlas frames.

You might notice there's red on the Production chart again. Line 1438 was parked last week at the tower apron. I think refurbishment has been completed on her, but with Cathay's two remaining (original order) deliveries not expected to take place till mid year 2013, I suppose they're in no rush to put engines on and fly the thing around. I also think Boeing likes having crippled airframes parked all over their airport. Some sort of empty nest syndrome.

Here are some pics from test flights for lines 1422 and 1468 today. Both should be getting ready to deliver soon. 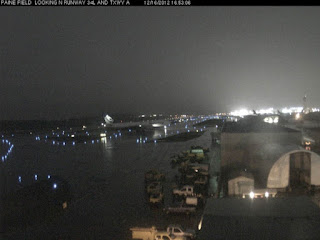 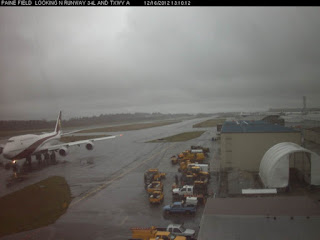 
First flight for line 1468 (some minor issues cut the flight a bit short): 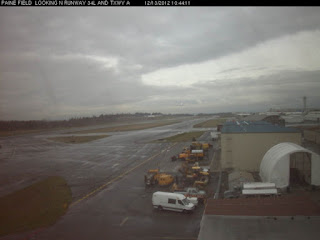 Line 1463 for ABC back from Portland, painted: 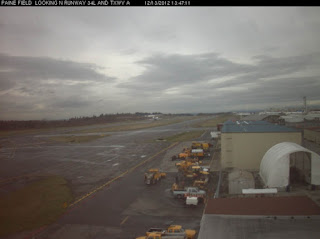 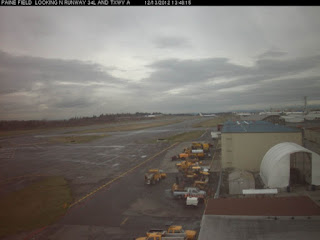 Posted by TurtleLuv at 1:56 PM No comments:

Anyways, this is delivery 29 for the year. So close yet so far. Lines 1420 and 1422 are supposed to deliver this month, tying the 21st century delivery record of 31, but to break it it'll come down to line 1463 for ABC, which has finished non customer flight tests and should be out of paint any day, or line 1468 for a mysterious BBJ customer with ties to Qatar. This latter plane is painted but hasn't taken to the air yet. It should be close though, and line 1467 right before it only took eight days from first flight to delivery. Anything is possible!
Posted by TurtleLuv at 9:54 PM 3 comments:

Lufthansa's 747-8I service to LAX has begun today, and here's a shot of D-ABYA
(line 1443) arriving into the L.A area earlier this afternoon, thanks to Bob the airplane nut and racingwinds. 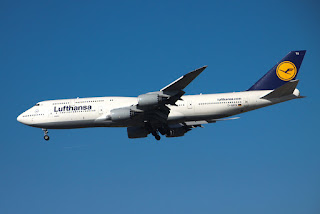 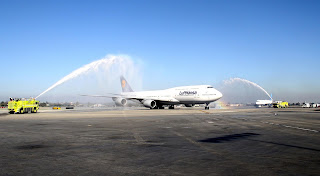 Posted by TurtleLuv at 4:43 PM No comments:

People (including me) have had the opinion that Boeing Business Jet deliveries are easier than regular customer deliveries. As a counterargument to this opinion, line 1466 is currently on its 4th or possibly 5th customer flight prior to delivery. UPDATE: Three test flights for the day now. 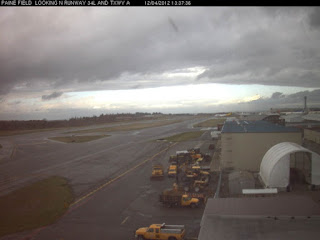 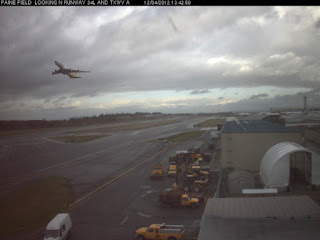 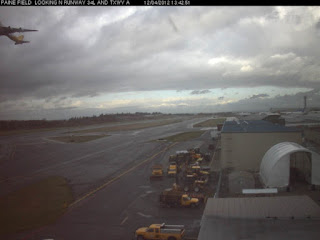 Posted by TurtleLuv at 10:37 AM No comments: 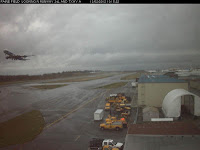 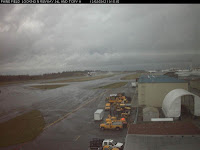 A surprise delivery (at least to me) just happened for an older frame that has been sitting around in limbo for a while. Line 1430 (RC601) VQ-BGZ for AirBridgeCargo just took off for Hong Kong and a long life of efficiently hauling cargo around the world while looking cool (click pics for more detail).

I think this delivery actually happened in November, according to this link (it claims 27 frames were delivered through November 28th, I had 26 in my last post through November 30th), which is filled with more 747-8 details worth reading. Basically, freight markets are still slow, so orders are slow, but Boeing still feels both freight and passenger versions will see renewed life by 2014. I'm a hopeful believer!

Line 1422 for NCA (the third test frame) is scheduled for a test flight this morning as well.
Posted by TurtleLuv at 10:50 AM 5 comments:

November Wrap Up: Out of the Red

Another milestone in November is the lack of any red in my production chart, which means there are no more undelivered stored frames. The last one, line 1437 for a still unknown/nonexistent customer and parked at the tower ramp seemingly forever, was moved to stall 119 to begin refurbishment just two days ago. Photo by Matt Cawby. 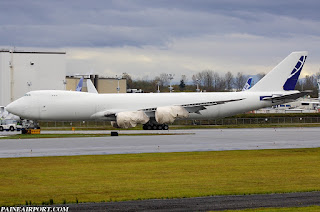 This also means there are now 14 747's sitting on the KPAE flight line. Well, one is in the paint hanger and should be out any second now. And one is at the EMC technically. But still, that's a lot of jumbo frames sitting around preparing or waiting for delivery. Test flights on two frames, line 1466, a BBJ for Oman, and 1477, a freighter for Atlas/DHL, have been quite active, and both should be delivering in the next couple days. But everything else seems stagnant. Rumors have been mentioned about this involving the contract issues between Boeing and their engineers. I hope things get resolved soon, because it would be so boring without wide body progress to report blog and read about.

The chart has been updated with the latest status 747Classic posted on airliners.net.

Edit: This popped up on Matt Cawby's blog. Line 1468 for a Qatari customer? 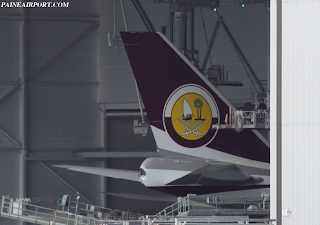 Posted by TurtleLuv at 3:21 PM No comments: